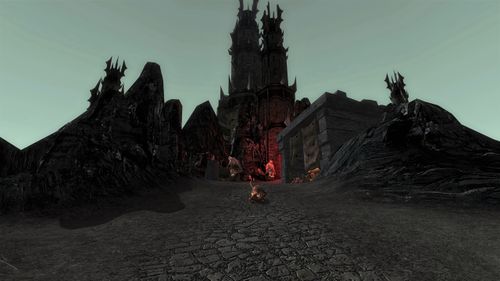 This is the north-east tower of the Witch King's palace. This tower, being that it is guarded by towering stone-giants and their pet fire-worms, is one of the most dangerous of the towers to scout. The large stone slabs assembled into hovels can be seen from afar, bearing warning of the massive men who constructed them.

Minas Nír is the north-east tower of the Witch King's palace. It is rumoured that the other eight Nazgûl occasionally reside within these towers, wielding dark sorceries at the behest of the Witch King. — Deed Text 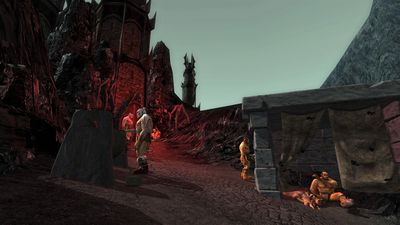 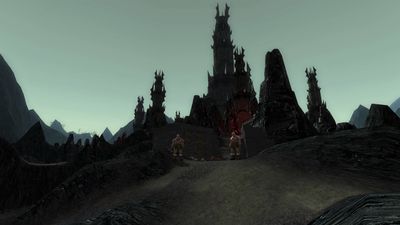 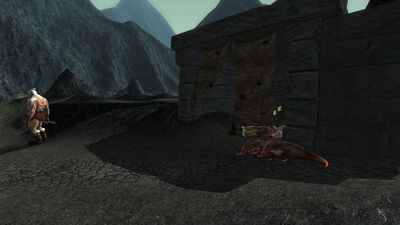