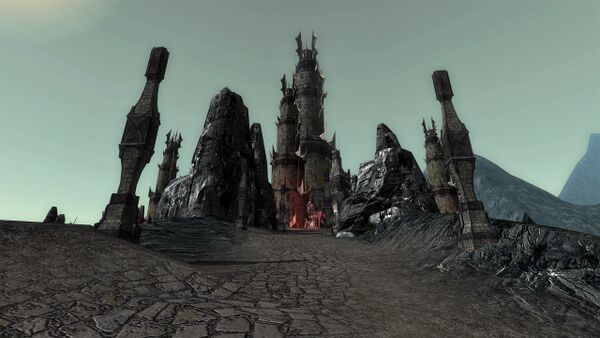 This is the southeastern spire of the "Tower of the Witch-king". This tower holds the entrance to the palace itself, into Barad Gúlaran which is a world instance in eastern Angmar. A group of three Gertheryg camped outside the tower is the only force guarding it.

The closest travelling means is a Camp Site Fire in northeastern Gorothlad but Barad Gúlaran is available via the instance finder too.

These deeds can be advanced by exploring Minas Deloth:

Minas Deloth is the south-east tower of the Witch King's palace. It is rumoured that the other eight Nazgûl occasionally reside within these towers, wielding dark sorceries at the behest of the Witch King. — Deed 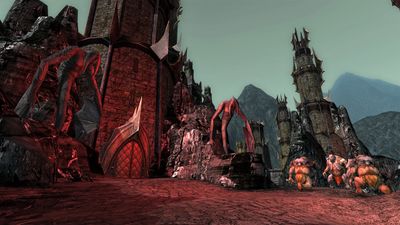 The entrance to the tower, and into Barad Gúlaran