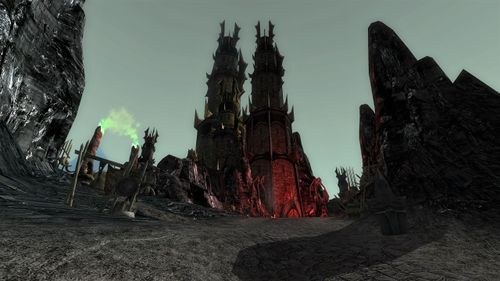 This is the north-west tower of the Witch King's palace. This tower is occupied by orcs under the banner of Saruman to Angmar to form an alliance. They are led by the half-orc emissary to the Iron Crown, Bâlak. 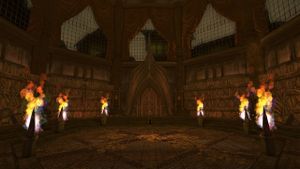 Minas Caul is north-west tower of the Witch King's palace. It is rumoured that the other eight Nazgûl occasionally reside within these towers, wielding dark sorceries at the behest of the Witch King. — Deed Text

"In the South, Saruman builds his strength at Isengard. Despite past conflicts with Angmar, he has sent an emissary to Minas Caul to forge an alliance between the White Hand and the Iron Crown..." — Instance Text 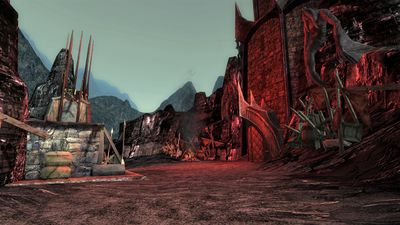 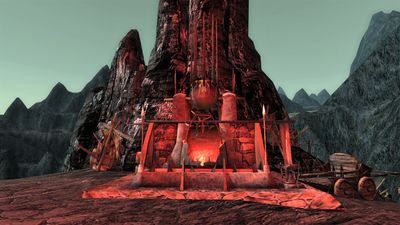