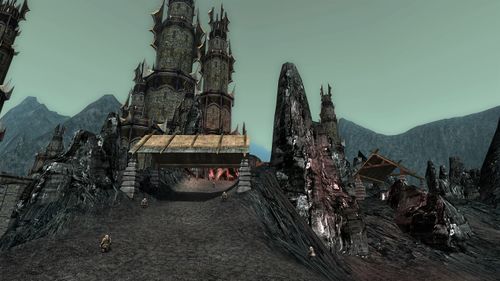 This is the southern tower of the Witch King's palace. This tower is occupied by Dourhand dwarves desperate for new allies after the defeat of Skorgrím Dourhand. They are commanded by their emissary to the Iron Crown, Laugi Goldentongue. 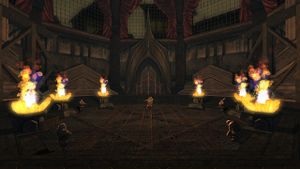 Minas Angos is the southern tower of the Witch King's palace. It is rumoured that the other eight Nazgûl occasionally reside within these towers, wielding dark sorceries at the behest of the Witch King. — Deed Text

"With the downfall of Skorgrím, the Dourhands have become leaderless. In desperation, they have sent an emissary to Minas Angos to renew the alliance that their late lord forged with Angmar, an alliance which cannot be allowed to survive..." — Instance Text 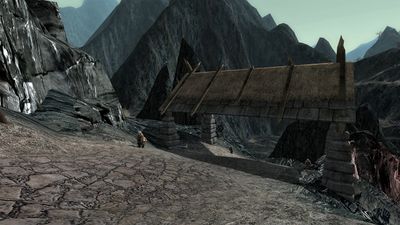 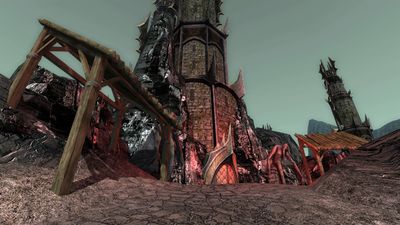