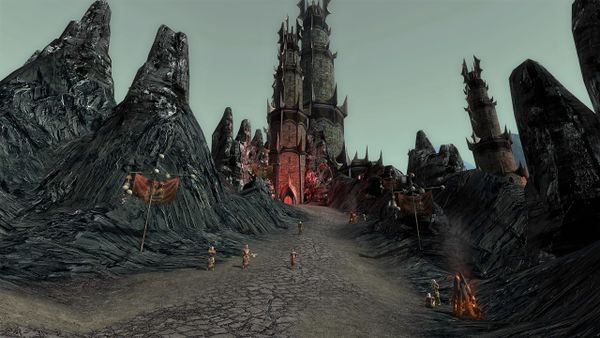 This is the western spire of the "Tower of the Witch-king" and it is occupied by the traitorous Trév Duvárdain tribe. They are led by Karstíona, an emissary who is tasked with forming an alliance with the Iron Crown. She is met inside the tower when having the appropriate quest. 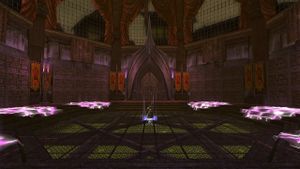 These deeds can be advanced by exploring Minas Agar:

Minas Agar is the western Tower of the Witch King's palace. It is rumoured that the other eight Nazgûl occasionally reside within these towers, wielding dark sorceries at the behest of the Witch King. — Deed

Many are the Hillmen of Angmar who have chosen to serve the Iron Crown. Now they seek further favour from their dark masters by sending an emissary to Minas Agar. If the Hillmen cannot be dissuaded, Eriador will surely fall... — Instance Text 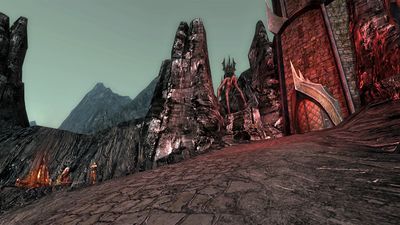 Entrance into the hill-man occupied tower