WARNING: Some of the animals in this area are shown with a Protected tag under their name. DO NOT ATTACK THEM, if you kill one you will LOSE faction standing with Galadhrim 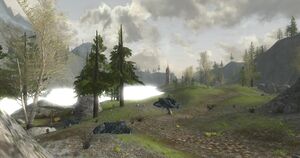 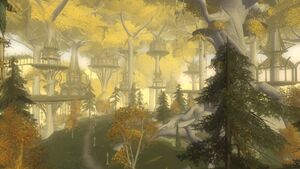 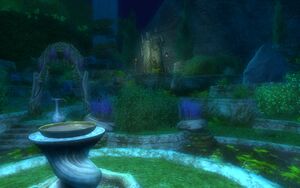 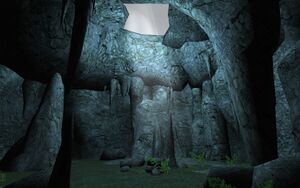 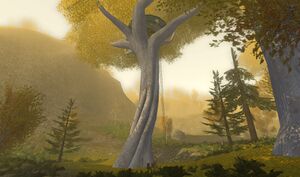 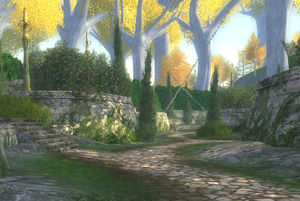 All crafting areas contain facilities for all Professions including Farming.

Lothlórien, translated as "Lórien of the Blossom" and usually called just Lórien, are the fabled golden woods whose Elves dwell high in the mallorn-trees and are ruled by Celeborn, wisest of the Eldar of Middle-earth, and the Lady Galadriel. The Golden Wood, is a blaze of light and colour at the edge of the Black Pit of Moria. Even in this time of shadow and fear, Celeborn, Galadriel, and their Silvan people keep it safe. 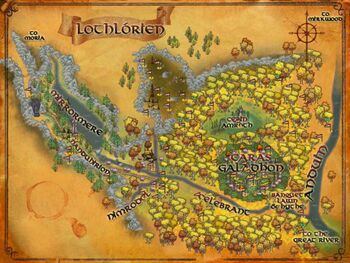 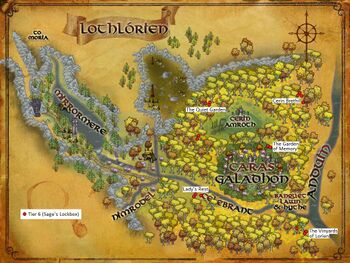