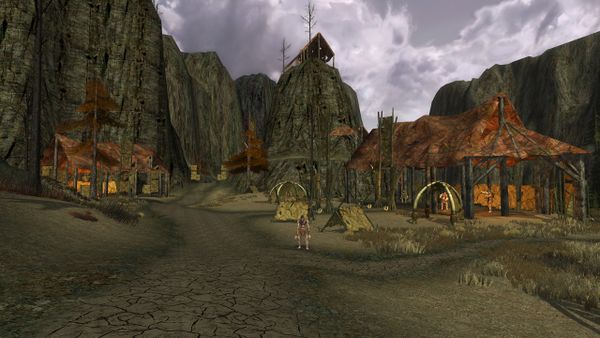 Lehmä-koti is a settlement located within the area of Ram Dúath in Angmar. [3.0S, 39.1W]

In this village Earth-kin of the Suuri-lehmä tribe has found some shelter from the terror of Angmar by the road which runs between Aughaire and Nan Amlug East in the North Downs.

Lehmä-koti is Finnish for "Cow Home" which is fitting as the tribe houses a nice herd of Aurochs in the eastern outskirts. The village also hosts a Healer, Provisioner, and a Camp Site Fire. Other than that the giants are content with a simple lifestyle and just ask for help with the aggressive wildlife and the encroaching forces of Angmar.

Lehmä-koti is a small Earth-kin village tucked within the depths of Ram Dúath. The Forces of Angmar have ignored it for the time being as their armies travel the eastern road through these broken valleys.

Should it be discovered that this tribe of Earth-kin have offered aid and sympathy to the Men of the West, the hammer of Angmar would surely fall upon this place. — Angmar Deed Text

Hidden deep within Ram Dúath you have discovered this camp of the Earth-kin. Trapped from their home in the south of Angmar by the forces of the Angmarim, their lot does not seem to be a happy one, as they have been turned against one another by the lies of Angmar. — The North Downs Deed Text 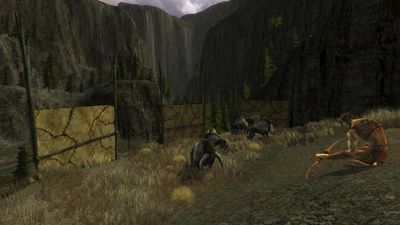 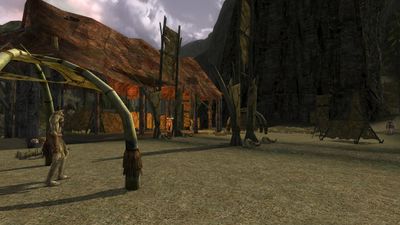 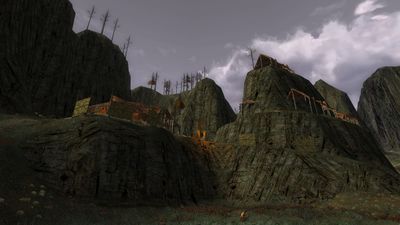 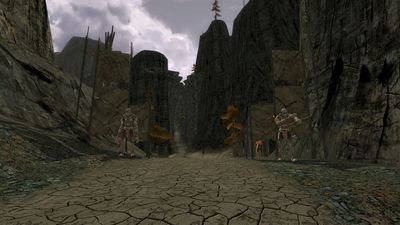 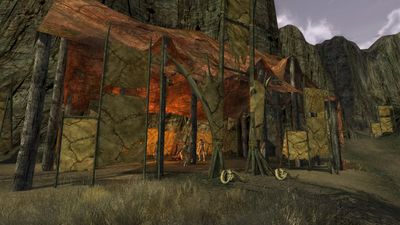