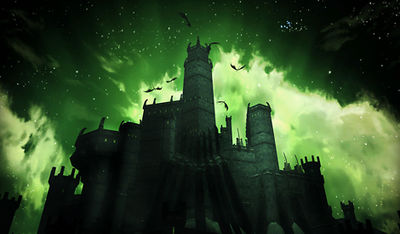 Dol Guldur is the stronghold of Sauron in the southern regions of Mirkwood, where he dwelt in secret as the Necromancer, until discovered by the Wise. When they assaulted him, he withdrew to Mordor, but the Nazgûl soon returned to reclaim Dol Guldur.

After Sauron's defeat, Galadriel casts down the walls and towers of Dol Guldur. It then becomes Dol Guldur (razed), called by the Elves Dol Dhannen, the Hill of Ruin. 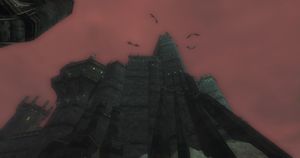 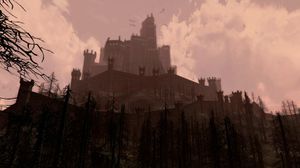 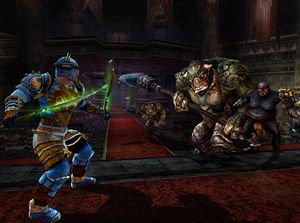 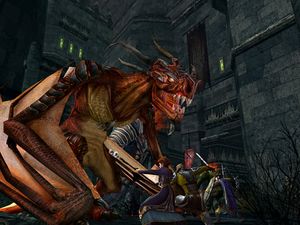 Quests that start in this area include:

(To be sorted soon):

Dol Guldur is the seat of power and stronghold of Sauron in Mirkwood. The hill of Dol Guldur was originally called Amon Lanc, the Naked Hill, because it was bare of trees with a stony summit. Amon Lanc was on the western edge of the forest across the Anduin from Lothlórien. It was the highest point in the southwestern part of the forest. King Oropher of the Woodland Realm and his people originally lived around Amon Lanc but they gradually moved northward.

Around the year 1050 of the Third Age, Sauron began to regain strength after his defeat in the War of the Last Alliance. He came to Amon Lanc and built a great tower and stronghold on the hill. The hill was renamed Dol Guldur, the Hill of Black Magic, and the stronghold was referred to by this name as well. A shadow fell over the forest and it came to be called Mirkwood. The gloom was especially heavy around Dol Guldur and Great Spiders came to dwell around the hill.

The evil power that occupied Dol Guldur was known as the Necromancer. It was not known at first that the Necromancer was Sauron; it was thought that it might be one of the Nazgûl. But as the power grew in strength, Gandalf became suspicious and he went to Dol Guldur to investigate in 2063. Sauron fled and went into hiding for a while. The Watchful Peace lasted until 2460, when Sauron returned to Dol Guldur.

In 2845, Thrain was captured and thrown into the dungeons of Dol Guldur. Thrain had the last of the Seven Rings of the Dwarves, and Sauron tormented him and took it from him. Gandalf came to Dol Guldur in disguise in 2850 and found Thrain near death. Before he died, Thrain gave Gandalf a map and key to the Lonely Mountain to be passed on to his son Thorin Oakenshield.

Gandalf explored the secrets of Dol Guldur and discovered that the evil presence was in fact Sauron. At a meeting of the White Council in 2851 he urged an attack on the stronghold. Saruman overruled him, saying that Sauron could not regain his full strength without the One Ring. Saruman claimed that the Ring had most likely been washed down the Anduin to the Sea, but in fact he believed it lay hidden in the Gladden Fields where Isildur had perished. Saruman coveted the Ring and he hoped that it might reveal itself by seeking its master if Sauron remained in nearby Dol Guldur.

Gandalf remained troubled by Sauron's presence, and at a White Council meeting in 2941 he once again proposed that they attack Dol Guldur. This time Saruman agreed because he had learned that Sauron was also searching for the One Ring in the Gladden Fields. The Council put forth their full strength and drove Sauron from Dol Guldur with the help of the devices that Saruman had developed during his study of the Enemy. But Sauron had been prepared for the assault and he went in secret to the Dark Tower, his great stronghold in Mordor.

Sauron maintained an outpost at Dol Guldur and in 2951 he sent the Ringwraith known as Khamûl the Easterling to command the stronghold. Khamûl was accompanied by one or two of the other Nazgûl. A number of Orcs were stationed there as well.

In March of 3018, scouts from Dol Guldur became aware that Gollum had been brought to Mirkwood and was being held prisoner by King Thranduil. On June 20, Orcs from Dol Guldur attacked the Elves who were guarding Gollum. Gollum escaped from the Elves, but he also managed to elude capture by the Orcs.

During the War of the Ring, forces from Dol Guldur attacked Lothlórien three times. The first assault on March 11 was repelled by the Elves and the power of Galadriel. Hosts of the Orcs then turned south and entered Wold of Rohan where they were confronted by Treebeard and the Ents on March 12. Most of these Orcs were slain or driven into the Anduin. On March 15, the second assault was launched against Lothlórien, while farther north in Mirkwood forces from Dol Guldur engaged the Elves of the Woodland Realm in battle. Both attacks were thwarted by the Elves. The third assault on Lothorien took place on March 22, but it too failed.

After the defeat of Sauron on March 25, Celeborn led a force from Lothlórien across the Anduin on March 28. The Elves captured Dol Guldur and Galadriel threw down the walls of the stronghold and the shadow was lifted from the forest. 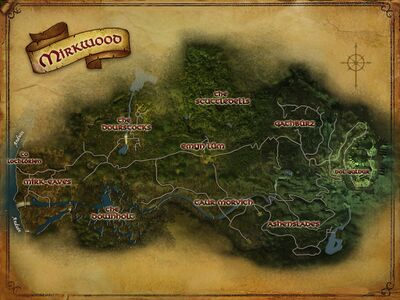 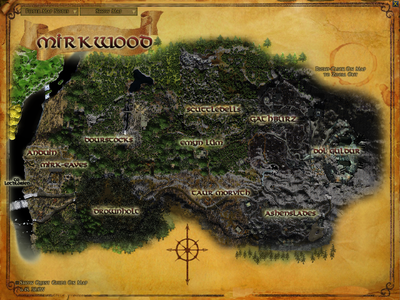