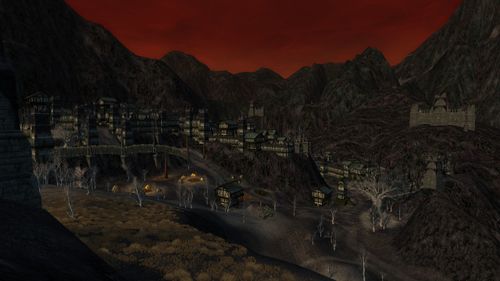 This large town built on the steep mountain faces of western Fasach-falroid holds no remaining friendly citizens. Instead, the town is completely overrun by orcs of the Ongbúrz Tribe and Angmarim in service of Mordirith; with the orcs patrolling the southern section and elite Angmarim guarding the north-eastern section. Vile Watching-stones are scattered through the town applying Dread to adventurers who wander too close. The orcs are led by Chieftain Nûlthauk as well as the much stronger Uruk, War-master Ranghâsh. Gillë Andras leads the Angmarim army stationed here, though he is believed to spend most his time in the more fortified Donnvail.

Dûn Covád has two entrances. At the fields outside the southern entrance are several small orc camps and makeshift palisades providing relatively easy access into the town. The north-eastern gate, however, is patrolled by elite Angmarim, encountered already at the square outside the gates. Outside the north-western gates a long path leads around to Carn Dûm. The gates are guarded by Angmarim Gate-keepers and two Ancient Watching-stones applying +5 Dread and the Evil Presence effect. Those who do not possess the will to conquer the vile spirits within the stones will be met with a fatal fate if they try to pass through the gate. 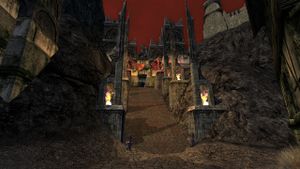 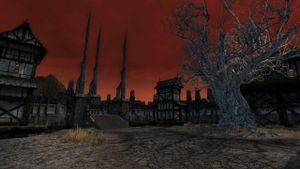 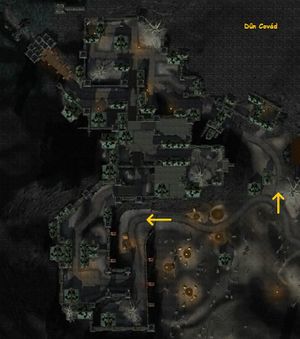 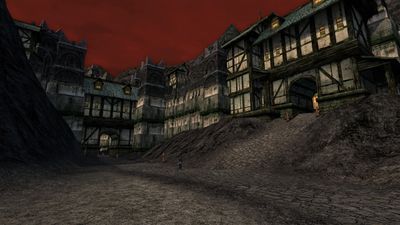 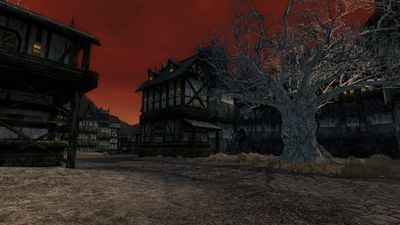 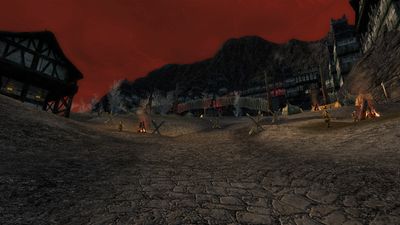 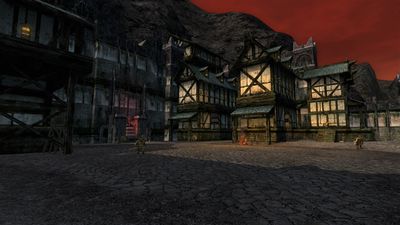 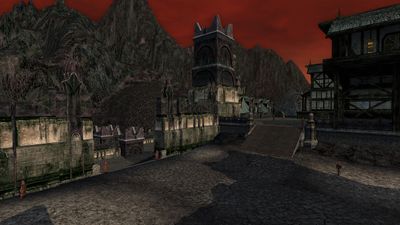 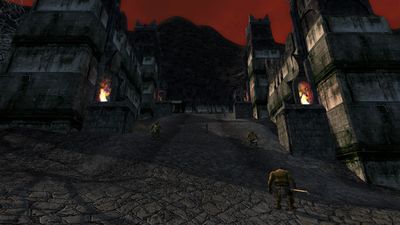 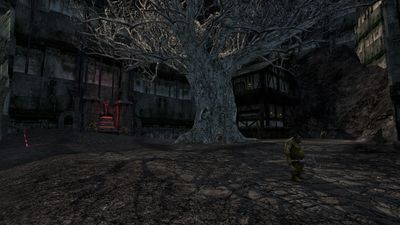