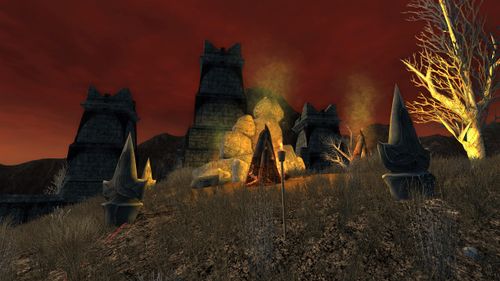 The Cairn of Honour is a landmark within Fasach-falroid in Angmar. [4.8N, 36.8W]

From the road between Fail-á-Khro and Donnvail a line of torches show the way up the slope to an old cairn. On the top of the cairn lies the Stone of Clúcath, a symbolic gemstone. A tribe which retrieves the stone initiates the ritual of Clúcath, a duel between the mightiest warriors of the tribes to determine the ruling tribe. When making a pilgrimage to the cairn, one should be wary of the Watching-stones, which applies +2 Dread to those who dwell too close. 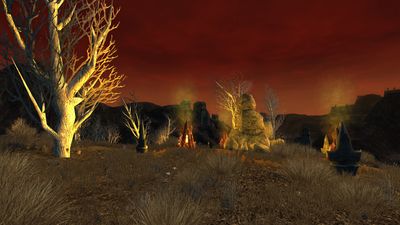 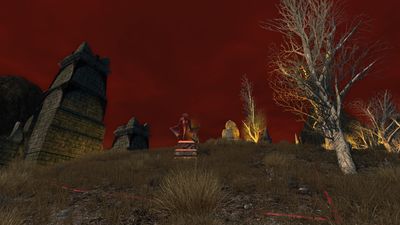