Cánnakh, a scholar, is a Roving Threat Quartermaster with grave concerns about "The Rift." (See: Lore below.)

Roving Threat Quartermasters are found in regions where Roving Threats are roaming. To characters level 100 and above they offer daily quests to defeat these creatures and barter Gift-giver's Brands for loot and Figments of Splendour for cosmetic "First Age Weapons".

Note: All "intro" quests are automatically bestowed upon entering the specified region at level 100 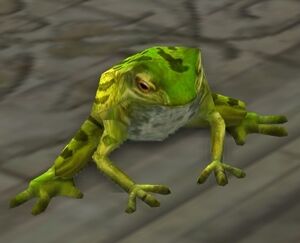 In the Roving Threat quests of Angmar Cánnakh constantly refers to "The Rift" -- "Foul, ancient evil from The Rift of Nûrz Ghâshu has made its way to the surface of Angmar.