Located just inside the Red Pass, north of the Circle of Blood, is the ruined tower of Barad Dhorn. It is almost all that remains of a settlement that today is the tenuous foothold of the hardy Eglain. The tower itself is occupied by a brown-robed lore-master that has come to the area of late.

The tower of Barad Dhorn is Sindarin for "Strong Tower". It is an ancient tower long since abandoned by its builders, left only as a haunted ruin. However, Radagast the Brown reclaims the tower during the first attack on Ivar the Blood-hand, and moves his base of operations there to better strike out at the evil of Garth Agarwen. 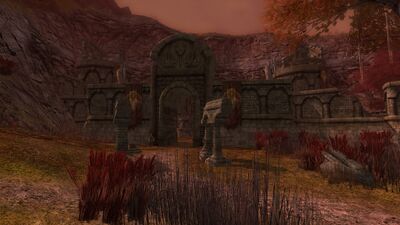 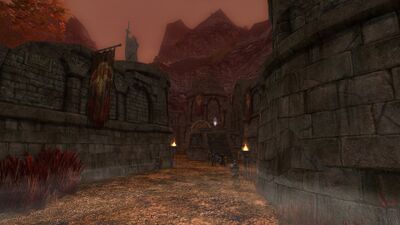