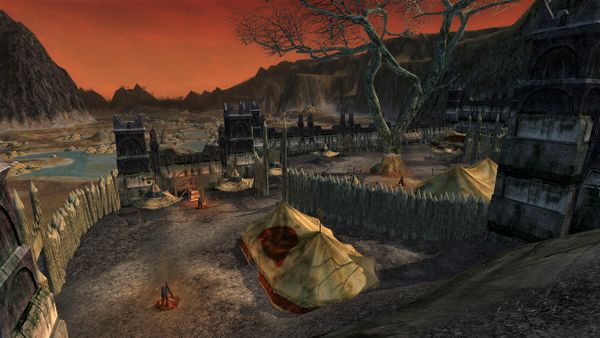 This enemy fortress stands surrounded by palisades and is built as two camps athwart the road between Ram Dúath in the south and Malenhad in the north. The fortress has many exits but the two camps are disconnected. Angmarim are in the main camp centred around a strange looking tree, and goblins are found in the southwest cluttering around a large bonfire, nearest the main road.

Within Bail Róva are several Watching-stones and just outside the south-western entrance is an Ancient Watching-stone, all are applying Dread if coming too close. Ill prepared travellers will likely find themselves imprisoned by Angmarim or goblins as the many gates and passages are guarded by bowmen and goblin fire pot-throwers. 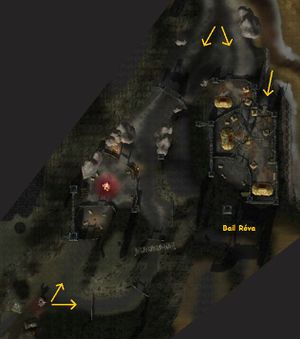 These deeds can be advanced by exploring Bail Róva:

The fortress of Bail Róva commands the exit from Ram Dúath as it spills into Angmar. For the armies of Angmar, this is the last major fortress they will pass through before embarking on their campaigns to the south. — Deed