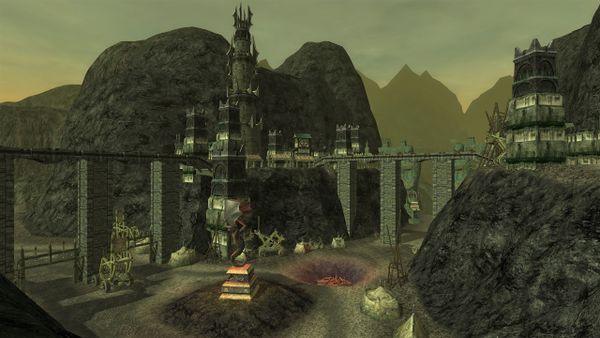 This major staging and training encampment is located in the middle of Angmar, a perfect location for the Enemy to reach throughout this region and to prepare for battle. The encampment is set up with three ridges encompassing a vale centred on a dreadful Ancient Watching-stone. The three ridges are connected by two bridges. The southern ridge is home to a Angmarim village, while the eastern ridge has goblin camps and siege weaponry. At the upper, western level the ill-fabled Silk-lady and her spiders are said to be, within a menacing tower.

These staging grounds connect to the Eastern and Western Malenhad areas respectively. Jumping down the dead-end road northwards is instant death. 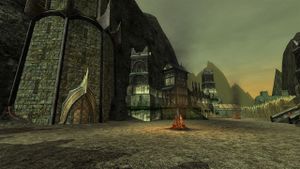 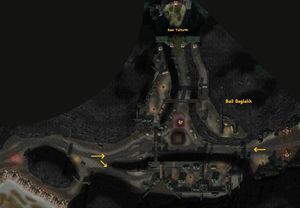 These deeds can be advanced by exploring Bail Boglakh:

Bail Boglakh is a major staging camp for the armies of Angmar as they gather from surrounding lands and move into the south.

Even the inhabitants of this vast encampment avoid the valley to the north, however, and those who question the commands of their superiors are hurled over the cliffs there into the unsettling silence and fog below where their screams are soon cut short by dreadful silence. — Deed