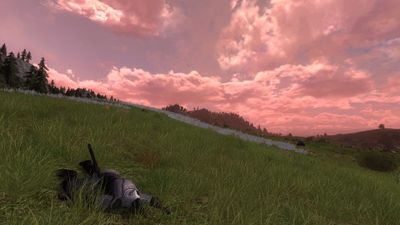 The Red Fields, midway between the towns of Cliving and Elthengels, recently bore witness to savage fighting between the Rohirrim and the invading orcs. Many bodies lay strewn across the field of battle.