The Battle in the Tower 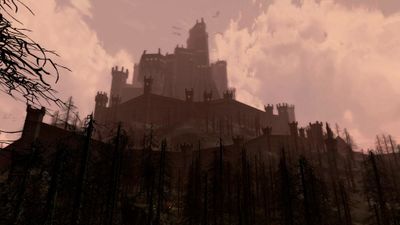 The Battle in the Tower, is a level 60-140 skirmish, is located within the Dol Guldur courtyards in Mirkwood. Skirmishes, can be started by using the Instance Finder, (as long as you're not in an instance already).

"The time has come for the last assault upon the fortress of Dol Guldur. The fighting begins even as a smaller force enters the citadel in secret, prepared to face their final foe..."

This Skirmish has a minimum level of 60 and requires the completion of the quest Vol. II, Book 9, Chap 18: The Battle in the Tower.

The Battle in the Tower Mobs

Fight your way thru the halls and chambers. Each chamber is barricaded with a massive grate that will open once you capture the flag. As you take some of the chambers you will get some help in defeating counter-attacks in the form of the Golden Host elves Sigileth, Ellunen, Cúcheron, Ningloril that traveled with you thru Mirkwood.

Simple boss fight against Mazog in a final showdown. Once in a while Mazog will call some adds but they are pretty weak. You do get a little help from Bróin who shows up just in time for the boss fight. Remember to loot Mazog's corpse before leaving.

Remember to loot Mazog corpse before leaving. Competing the skirmish will reward Malledhrim Reputation. Rewards and Loot scale to the level, group size, and tier of the Skirmish. Loot is found by/at/in/from: