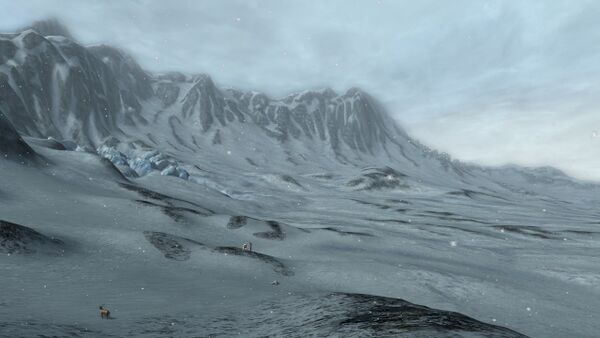 Talvi-mûri is an area within Forochel in the north-western region.

The name means "winter wall" in Finnish and lies north of Länsi-mâ, between the west-most shorelines of the Ice Bay of Forochel and the north-most mountain ridges of the Blue Mountains. This desolate glacial area is populated by grazing elks and ice-worms prey upon them, but recently a large population of Gauredain have begun roaming the icy expanses. At Hylje-leiri are daily quests available for improved standing with the Lossoth, should it be retaken from the Gauredain.

Also at this camp is the shipwreck of King Arvedui, the last King of Arthedain, who fled the wrath of Angmar. Though he and his men were helped by the Lossoth, whether by pity or fear, or both, the tale is now shrouded in mystery. In March of III 1975 an Elven ship reached Forochel from Círdan the Shipwright, after having sailed west of the Blue Mountains over the Great Sea. However, after embarking the ship a storm crushed it in the ice, and all men perished. Among lost treasures may be noted the two Palantíri of Arnor, the greater stone from Amon Sûl and the stone from Annúminas. Though Arvedui gave the "Ring of Barahir" to the Lossoth leaders, it is assumed that many other heirlooms were lost as well.

Kuru-leiri is found in the northern end of the area, a small hunting camp with basic services providing the only respite from the otherwise barren landscape. Only a few Lossoth stay there, fearing the hunger since their provisions are dwindling, and a Hunter who, curiously, has lost his Fellowship as well as track of where he is. The camp provides a Stable-master with only one route, swift travel to Sûri-kylä, Milestone, Camp Site Fire, as well as a Healer, Supplier & Provisioner, and a Hunter Trainer. There are also a few quests available for the surrounding locations. 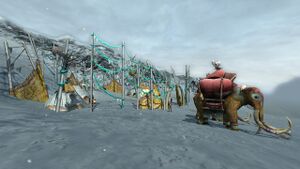 These landmarks are located within Talvi-mûri: 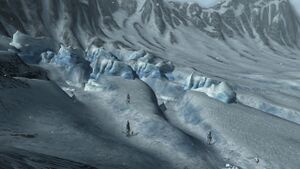 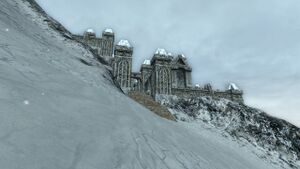 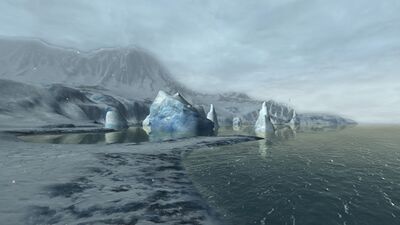 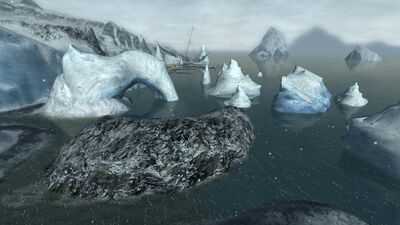 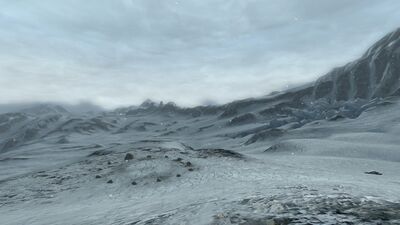 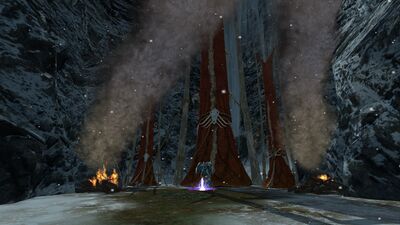