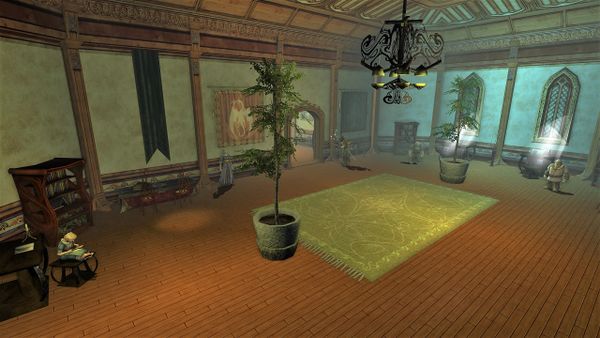 The original Scholar's Guild-hall is an interior within the Last Homely House in Rivendell. [29.6S, 3.3W] 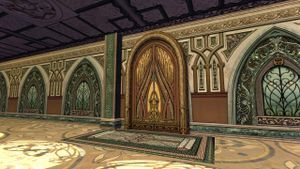 The Entrance to Scholar's Guild-hall 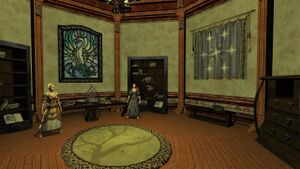 The inner study of the Scholar's Guild Hall

The Scholar's Guild is found on the first floor of the southern wing of Elrond's house, just under Elrond's Library. This guild rewards scholars that have gained required standing with access to improved or special recipes; see the vendors respectively.

Within the guild hall is also a Vault-keeper found. Just by being inside the guild-hall counts as being near a study.

In order to gain reputation in your chosen guild ...

The Scholar's Guild rewards its fellow members with improved recipes from Expert to highest tiers; see the following vendors to claim them when you gain the required reputation level: