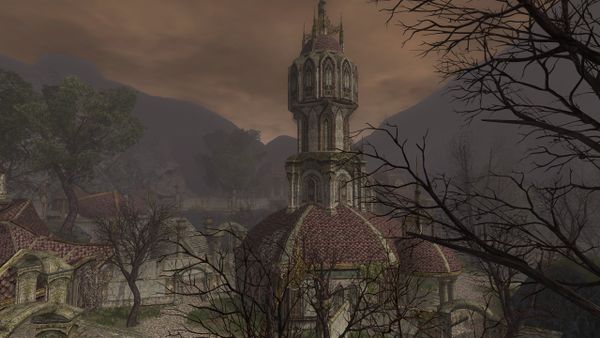 Thousands of years before the events of Lotro take place the Elves of Lindon founded a refuge upon the slopes of Ered Luin, where wood for the White Ships was gathered and elven wine was made. Edhelion, it was called, and it was a place of contemplation and peace...until...

Today a new elf character begins the adventure in a quest instance that is set in Edhelion, just about when the city is attacked by Skorgrím Dourhand. He is an evil dwarf-lord descended from the kings who once ruled the long-ruined kingdoms of the Blue Mountains. He charges his people, allied with goblins and trolls, against this elven refuge. Skorgrím wickedly believes that some relics will give him immortal life. Elrond introduces the new elf to Talagan Silvertongue, the Master of Edhelion, who eventually sacrifices himself to defeat Skorgrím, but Edhelion is abandoned in respect of its many fallen defenders. (See Edhelion for historical details and obsolete introduction quests.)

About 600 years after the Dourhand assault on Edhelion and abandonment, Elrond has a dream which, together with his knowledge of the state in Thorin's Hall, makes him send his two sons Elladan and Elrohir on an expedition to Edhelion to investigate.

Both new elves and dwarves appear on Middle-earth not far from the Refuge of Edhelion, at Edhelion Watch, where they meet the brothers and experience the introduction quests, which occur about two years before the current period.

In the current time the Refuge of Edhelion is a solemn place; those who travel here contemplate over the evils of the past, or they meditate over recent timings that stir up painful memories and brooding presentiments. 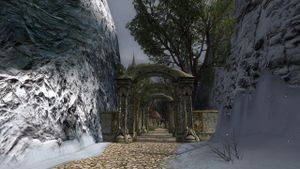 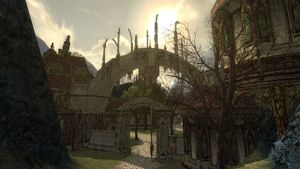 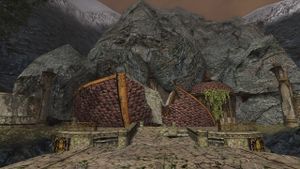 During the current period: 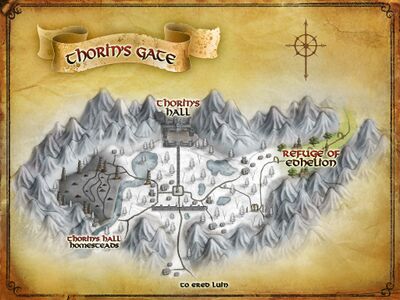