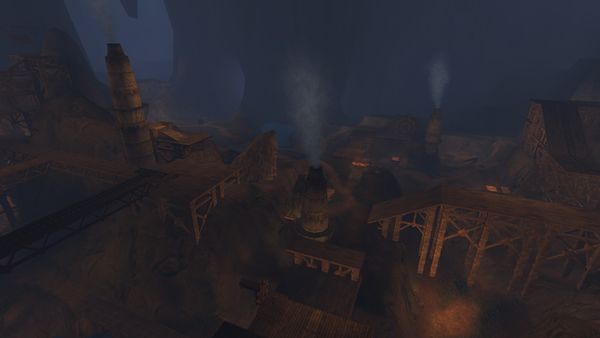 The Pit of Iron is a public dungeon and cave dwelling in the north-eastern region of the Gap of Rohan, in the Heathfells. This is the area that Dunlending and Rohirrim are taken to, being forced into slavery to make weapons and armor for the armies of Saruman. The area is similar to Moria in the respect that mobs are relatively close together and the zone takes some time to memorize how to navigate without getting lost. Also, the character's location is not visible on a map. It is possible to ride a goat within this location.

Deeds in this area contribute to:

Can be completed in this zone:

Just like in Moria, you can ride a goat while inside the Pit of Iron.

You spot something lying next to the cave entrance...

WARNING: Might need to finish Meriun's two worm-quests Something Moves Down There.... and The Devourer before doing the Revolt in the Deeps? Starting the revolt means that Meriun will leave the cave, not sure if he will still be down there again afterwards to let you finish his quests if you do the Instance: Revolt in the Deeps first, so save that for last just in case.

The following creatures are found in this area: 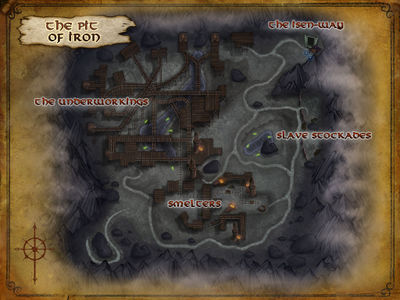