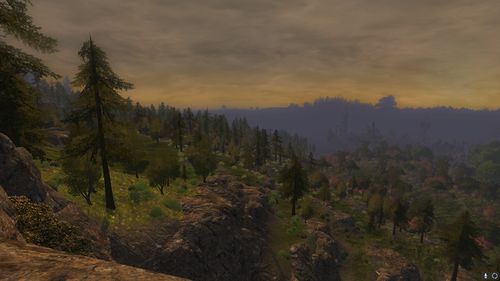 North Ithilien is an area in the Ithilien, east of the Anduin, but west of Ephel Dúath, the Mountains of Shadow. It is set in time after the Battle of Pelennor Fields. The southern part around the cross-roads overlaps the northern section of South Ithilien in Eastern Gondor

Ithilien is a fiefdom of Gondor, but for years has been abandoned due to incursions by the forces of Mordor. The Rangers of Ithilien watch over this land in secret, however.

Locations found within the area of North Ithilien are listed below.

The Battle of Pelennor Fields ended in victory for the good folk of Gondor, but the healers' stores run low and the wounded need salves and poultices if they are to survive. The herbs, roots, and flowers of North Ithilien, the garden of Gondor, were prized by its herbalists of old, and today’s herbalists are recovering their uses once again.

Many different Flora extracts can be collected in North Ithilien and the Wastes. Some are found near streams, some near ruins, and others in open fields. When collected, these Flora will yield one to five of seven different Phials of Extracts which are immediately placed in your wallet under "Phials of <colour>". These Phials can then be exchanged with the Herbalist or Herb-master at multiple locations in North Ithilien or The Wastes.

For details on the flora, visit: Herbalism and Herbalism Flora

Once this land was known as the Garden of Gondor, but now its pastoral beauty hides dangers most foul.
The Rangers of Ithilien work to keep their kingdom safe, but the servants of Mordor remain an ever-present threat.
While Aragorn marches towards Dagorlad, as a hero of legend, you must help keep the peace. 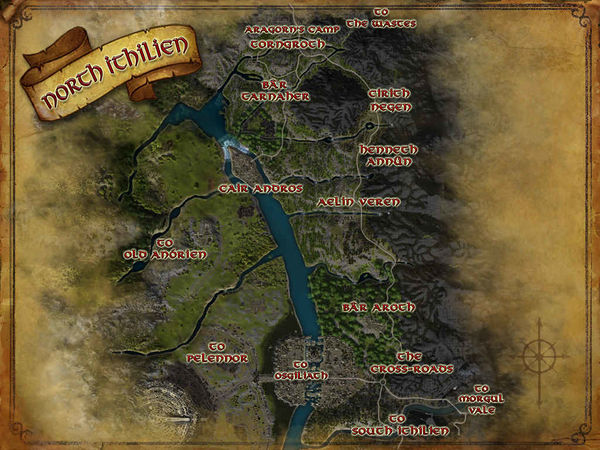