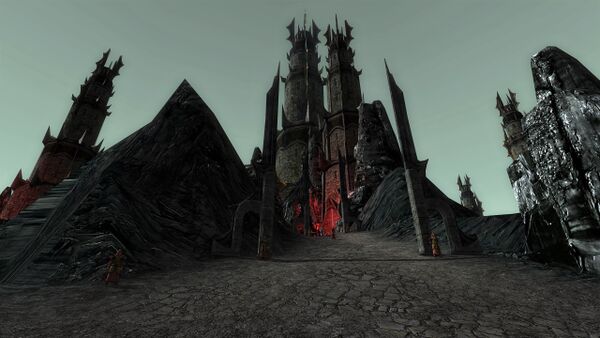 This is the eastern spire of the "Tower of the Witch-king". Despite the heavy Angmarim presence there is little else of interest. A dreadful wraith can be found just outside the entrance. Unlike many of the eight towers, this does not allow any entrance to its inside.

These deeds can be advanced by visiting Minas Gularan:

Minas Gularan is the eastern tower of the Witch King's palace. It is rumoured that the other eight Nazgûl occasionally reside within these towers, wielding dark sorceries at the behest of the Witch King. — Deed 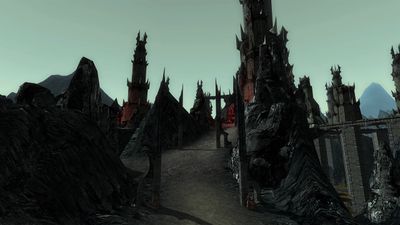 Spires line the road leading up to the tower