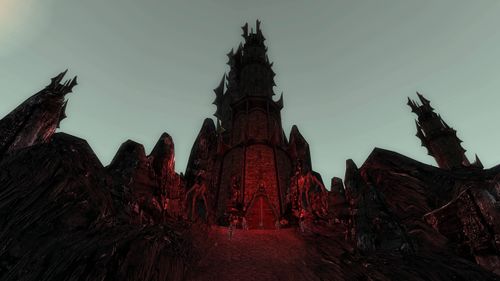 This is the northern tower of the Witch King's palace. This tower is occupied by a host of shambling wights and reanimated limbs. A gaunt man patrols the tower exterior, likely in command of the wights.

Minas Dhem is the northern tower of the Witch King's palace. It is rumoured that the other eight Nazgûl occasionally reside within these towers, wielding dark sorceries at the behest of the Witch King. — Deed Text 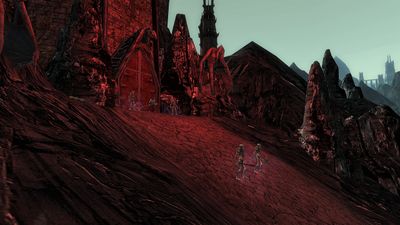 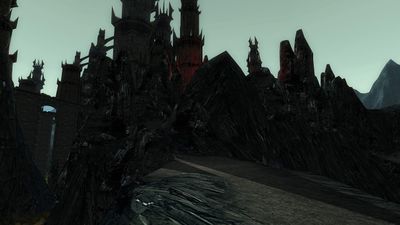