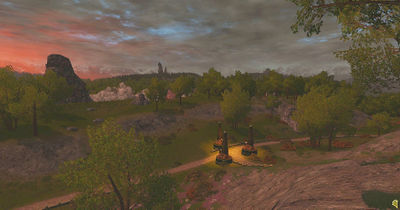 Lossarnach is an area within Eastern Gondor. 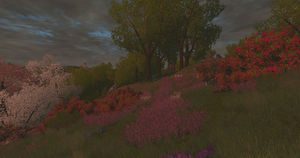 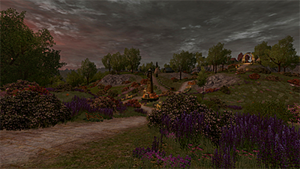 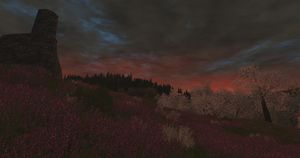 These landmarks are located within Lossarnach:

Clear the land closest to the Rammas, the massive wall that surrounds Minas Tirith. Tensions run high with the impending siege and those who remain call for aid from any who would give it.
Among the fiefs of Gondor, Lossarnach is widely considered the most beautiful. A land whose people are proud of ancient traditions, it is ablaze with flowers and blossoming trees. Forlong the Fat, beloved by all, has ridden to war from his stronghold of Arnach, and most of its people have fled to the refuge of Imloth Melui, renowned across the kingdom for both its healers and its vast gardens of rosebushes. Here, too, lies the Harlond, the river-harbor that serves the city of Minas Tirith, where the Corsairs of Umbar once planned to make their landing … and where Aragorn now plans to sail with his captured fleet. 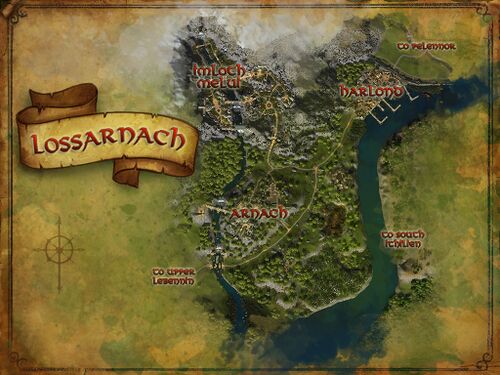