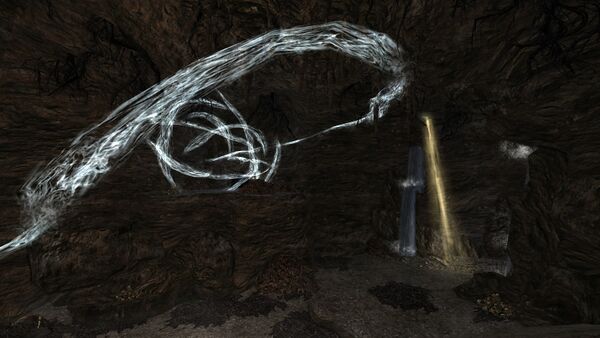 The Láthbear Den is a cave in the Valley of the Láthbear which is located in the Norcrofts in East Rohan. [54.7S, 52.4W]

Láthbears are creatures of Rohirric folklore, ordinary bears possessed by evil spirits. They are twice the size of a normal bear and sport sharp spikes and huge fangs. Until the War of the Ring, they were thought to be mythical by the people of Rohan, monsters designed to frighten children in the night. However, adventurers in Eastern Rohan have discovered the truth behind the legends. The Dark Lord has stirred the restless spirits of Rohan and made the láthbears a very real threat.

Láthbears can be found in the Valley of the Láthbear in the Norcrofts. They are usually commanded by Láthbear Matrons, the largest variety of the creatures. The matrons are believed to live in the Den.