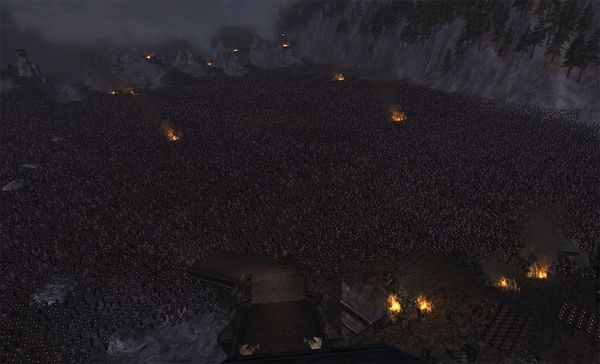 Epic Battles are instances that use level scaling and can be played by different size groups. Epic Battles require strategic maneuvers across large battlefields to complete objectives. There is always one main objective and several random side objectives each time you run the instance. Objectives change the larger your group size. Rewards are based on how well you accomplished the objectives and how large the group size. Epic Battles allow the player to choose three roles that can be promoted by acquiring and spending promotion points awarded by Metals.

Introduced in Update 27, there is now an alternative to having to do the Epic Battles as part of the epic questline: You can do the Storied Tales quests instead. See the release notes for more information.

At Level 10, the deed Epic Battles Await will be auto-bestowed and auto-completed and you will receive a letter from Erkenbrand's Messenger, An Epic Battle Awaits, which will lead you to the tutorial, if you need a basic introduction to how epic battles function.

The Road to Battle screen allows players to select the battle and group size. Only the first battle is available initially. Each battle must be completed successfully before the next becomes available to play.

There is no difference in difficulty between group sizes Solo or Duo, but bringing another player makes it significantly easier to gain higher Merit ratings. Instances designed for Small Fellowships, Fellowships or Raids take place on a larger battlefield, with additional side objectives to complete offering better rewards and higher Merit.

The same Epic Battles can also be found within the Instance Finder and are divided into 2 clusters Defence of Rohan and War for Gondor.

Epic Battles take advantage of Level Scaling to allow any character level 10 or higher to participate alongside other characters regardless of level. Upon entering the instance your character stats, equipment and weapons are scaled to level 100 for the duration of the battle.

Players can choose one of 3 Roles during an Epic Battle. A good group will have all roles. Players use promotion points to upgrade their Role traits: 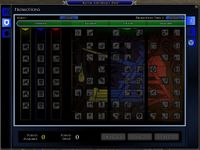 Completing objectives within an instance, including side objectives, earns medals. The higher the medal, Bronze, Silver, Gold or Platinum, the more Role promotion points and other loot is rewarded. The Life-time highest medal earned and the total number of medals earned for each objective is recorded. Only the highest level medal will reward Role promotion points but each time an objective is completed (higher or not) all other rewards are given, including the Rewards box. 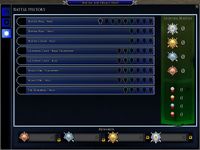 Main article: Merit
Merit is earned from completing primary and secondary Epic Battle objectives. Merit is used for two purposes, (1) its used to determine what Metals are awarded at the end of the instance and (2) Merit is collected in the Rewards bars displayed at the bottom of the Battle History page. Each objective within the Epic Battles has a number of factors which contribute to it positively or negatively to your Merit total; fulfil labeled green requirements to earn Merit while avoiding red labeled requirements. Successful completion of primary and secondary objectives will reward one of four Medals (Bronze, Silver, Gold or Platinum) which can provide Role Promotion points. The Merit points are also added to the collected total for Jewellery rewards.

Rewards are based on the Medals achieved during the instance. There are four medals; Bronze, Silver, Gold or Platinum. Higher medals offer better rewards. Most Epic Battles will have a main objective and several side objectives. Each objective completed will give a medal. Players will receive at least 2 medals per instance (2 pool of rewards) but can earn far more. Larger size Epic Battles have more objectives and reward more medals.

Main article: Epic Battle Rewards
Jewellery is awarded two different ways, (1) Jewellery is awarded when you cash-out your Reward bar and (2) Jewellery is found in Reward boxes. Merit from all instances is collected and totaled, filling the Reward bars at the bottom of the Battle History page. There are Bronze, Silver, Gold or Platinum reward bars. Select the reward level to cash-out and earn a piece of jewellery. The longer you wait to cash-out the better the reward, including a special set of class jewellery which can provide powerful bonuses when worn along with other pieces of the set.

Epic Rewards are obtained by trading Stars of Merit at the barterers.

On this wiki, the fastest way to find information about side quests and objectives in any Epic Battle from Helm's Deep is to go to: Westfold#Quests
You can find walk-throughs for all three of the Gondor Epic Battles from the category page: War for Gondor Instances

In addition several guides have been written for epic battles:

Epic battles are a combat system introduced in November 2013 as part of the Helm's Deep expansion. Although epic battles are similar to skirmishes or raids in that they are special instanced battles, the latter focus on small scale tactical combat, while epic battles are more concerned with strategic combat across the whole battlefield. They introduce a number of new game mechanics, including siege weapons, leading Rohirrim soldiers and death streaks, the efficiency of which is improved by acquiring and spending trait points in the three new roles.

Note: players can access Epic Battles from level 10 or above.

A new Epic Battle, called Retaking Pelargir, set in Gondor, has been added in Update 15.[1]

With Update 17, two new epic battles were made available, The Defence of Minas Tirith and Hammer of the Underworld.

With Update 18, the level cap was increased to 105 but epic battles were scaled to level 100. This is still the case.