Barad Cúron, the Tower of the Crescent Moon 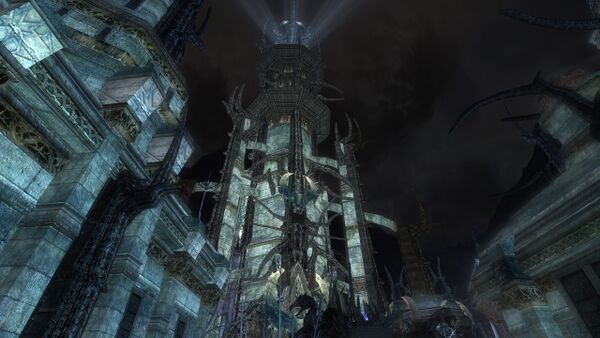 Barad Cúron rises from the top of the city, a place of mystery much-coveted by each of the Masters of Mordor.

The Tower of the Crescent Moon watches over Minas Morgul from above. It is here Gothmog retreated after his defeat on the Pelennor Fields and prepared to defend himself from both the Free Peoples and his rivals among the Masters of Mordor. The tower holds many secrets and artifacts, among them the beacon that shines on the city, the broken Vandassar of Dúath, and all that remains of Isildur's bones. Under Gothmog's orders the tower is barred to all but the Gúrzyul by the power of a watch-stone.

These deeds can be advanced by visiting Barad Cúron.