Assault on the Ringwraiths' Lair 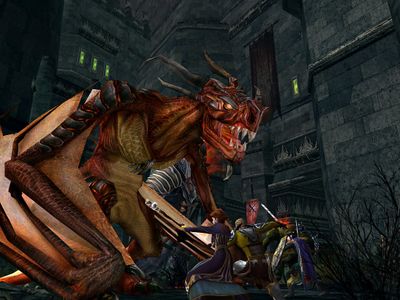 Assault on the Ringwraiths' Lair, is a level 60-140 skirmish, it occurs within the fortress of Dol Guldur in Mirkwood. Skirmishes, can be started by using the Instance Finder, (as long as you're not in an instance already).

Taking the baileys of Dol Guldur will leave the interior defences weak and vulnerable.

This Skirmish has a minimum level of 60 and requires the completion of the quest Volume II, Book 9, Chapter 15: Assault on Dol Guldur.

Assault on the Ringwraiths' Lair Mobs

Fight your way thru the Outer and Inner Baileys, as you clear the baileys a large gate will open to the next. In various baileys you will find help from the Golden Host, specifically Cúcheron, Sigileth and Ningloril.

The boss fight against the Uluithiad is pretty straight forward.