Located in the north east of Rath Teraig lies the canyon named Tum Agor, Sindarin for "Narrow Deep Valley", where goblins have built a stronghold. From here they are prowling the surroundings while waiting for the time to attack the dwarves at the nearby Northern Barricade.

The goblins have fortified the canyon of Tum Agor, preparing for an assault against the barricades, trapping them within Rath Teraig. — Deed text 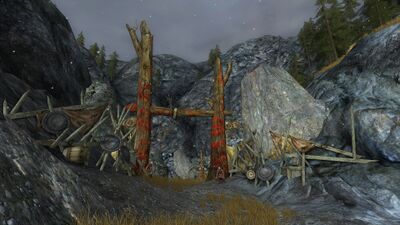