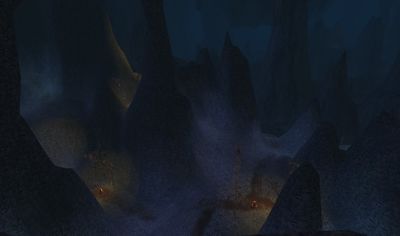 The Fanged Pit is the eastern area of Durin's Way, north-east of the Twenty-first hall and directly east of Jazârgund. Most visitors enter from Jazârgund in the west, but there is also an entrance in the southeast leading to Nud-melek.

This location is the epicenter of merrevail in Moria; it shows on the map as a huge square with merrevail nests.

The following settlement is found within this area:

These landmarks are located within The Fanged Pit:


No quests are starting within The Fanged Pit, unbound to any location

The following quests are starting at the specified locations: 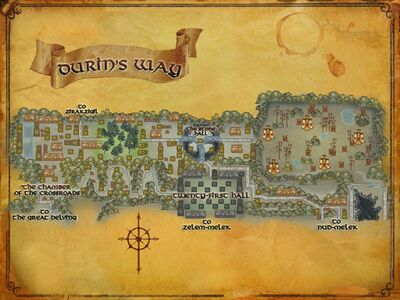 Remember Moria is vertical from one area to the next as you go more south on the in-game map, as evidenced by The Endless Stair, which you can see in several zones as you travel deeper into Moria.