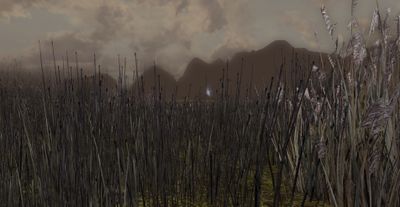 The Dead Marshes is an area located west of the Wastes but attached to the Western Gondor region.

The Marshes are a desolate swampland located between the Emyn Muil and the Wastes, enclosed and made maze-like by giant impassable reeds. They are haunted by Fell Spirits, and recently Orcs have come here as well. For gameplay purposes, the Marshes are considered part of Western Gondor because they are first accessed by taking a swift horse from the Cave of the Avorrim in the Havens of Belfalas. [74.3S, 68.0W]

To gain permission to use the swift horse, one must accept Far From Home from Dorthaneth and speak to the Master of Horses. The horse goes to Artamir's Camp.[30.3S, 11.5W] Near Artamir's Camp, the Dead Marshes are also connected to the western border of the Noman-lands through a gap in the reeds.[30.2S, 11.3W][36.9S, 15.7W]

These landmarks are located within the Dead Marshes:

The following quests can be completed independently from the above quest chain: 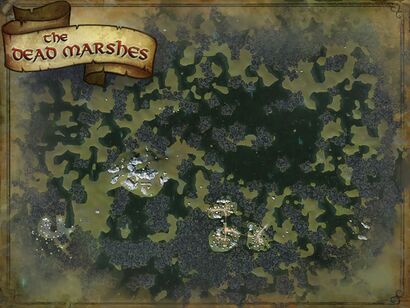 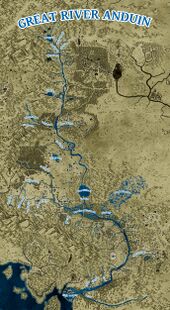 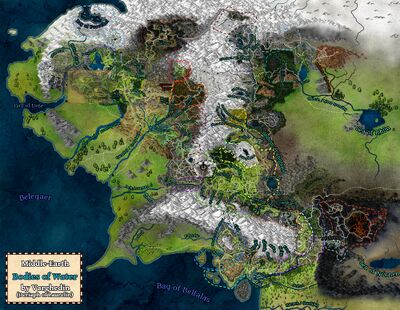 Denethor, Steward]] of Gondor has sent Artamir, son of Ilcamir, to the Dead Marshes on a mysterious errand. Unfriendly eyes have tracked him to that vile swamp, and Lady Galadriel has sent messages to the Avorrim indicating this Man of Gondor must not draw the attention of the Orcs to that place. Someone must hurry him on before his presence causes great mischief to another important mission.[1][2]

Fumes rise above Mordor to the south-east, and will soon spread over Gondor and Rohan, obscuring the sun in what will be known as the Dawnless Day.[3][4][5]

Frodo and Sam did in fact travel through the marshes about a week before, guided by Gollum. However, it is impossible to find any certain proof of their passage.[6][7][5]