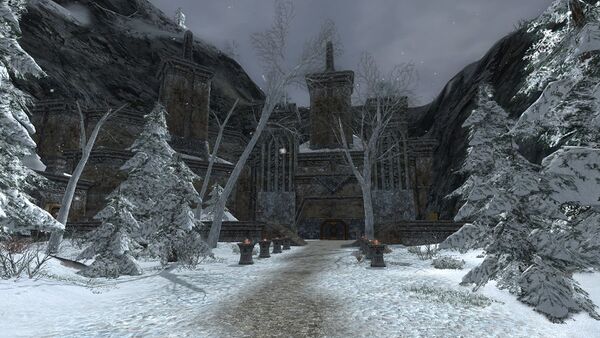 South-east of Frerin's Court lies the Berghold, a dwarf built hold and storage centre for the mines of the Blue Mountains. The Berghold is mainly known for being the entrance to Skorgrím's Tomb and to Rockbelly Pit - the latter may also be entered at Winterheight.

Except for adventurers heading for quests within the tomb or the pitm this location usually lies dead and silent. however...

During the introduction period for dwarves and elves this is the main hold for Gormr Doursmith and his allies the Dourhands, who wish to resurrect Skorgrím who died long since. During this period the Berghold is boiling with activities and is costly decorated. 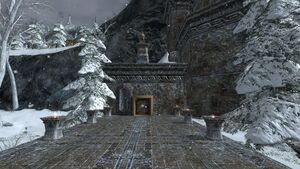 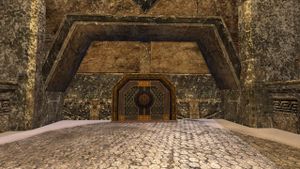 During the Intro period
Starting: