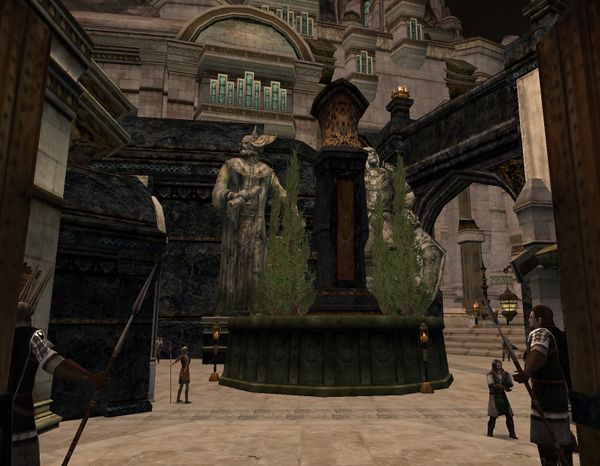 The Sages' Tier as you enter from the Gate of Stars

The Sages' Tier is the fifth of the seven Circles of Minas Tirith, in Old Anórien. [65.1S, 18.6W]
Protected by the Gate of Stars, this tier is a place of learning. Scholars study the stars from its orrery and tower, and natural philosophers make learned arguments within its quiet courtyards. Several archives can be found in the Fifth Circle, as can the Houses of Lore and the scriptorium where copies are made of valued documents and records containing the ancient knowledge of Númenor.

The Houses of Lore