This viewpoint is up-hills, south-west from Frerin's Court and offers a spectacular view over the river-gate which leads into Lindon in the west, over the region from Thorin's Hall Homesteads all the way to Thorin's Hall and beyond. For some reason numerous goblins patrol this location, as if they sense that something is going to happen to their favour.

The following Mobs appears only during the Dwarf/Elf Introduction quests

Rivergate Watch is a small overlook up an infrequently traveled path southwest of Frerin's Court. The canal that leaves Thorin's Hall and feeds Noglond and Gondamon before joining the River Lune diverges from the road that runs through the Vale of Thrain. Its egress from Thorin's Gate is guarded by a massive gate. The gate, in turn, is guarded from high above by the Rivergate Watch. [1] 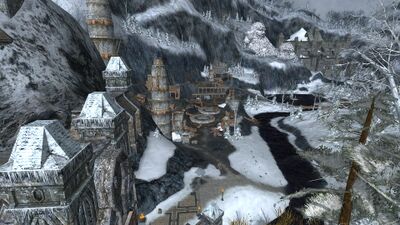 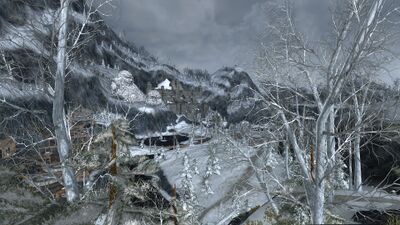