These beautiful creatures, Man- or Elf-like in appearance, are born of the waters of secluded rivers. What they are exactly is unknown even to the Wise, but they are old and powerful.

River-maids, also called River-maidens, are beautiful, immortal spirits of nature tied to the rivers and streams of Middle-earth. They are said to be the daughters of the "River-woman." Like many spirits of Arda, River-maids may be a kind of Maiar, embodying the element of Water, but this has never been confirmed. The most famous River-maid is Goldberry, daughter and guardian of the River Withywindle in the Old Forest, and companion to Tom Bombadil.

Currently, Goldberry's sister, Naruhel, is the only River-maid known to embrace the path of evil over good. She rules the Red Swamp of Agamaur in the Lone-lands and is vulnerable to Fire damage.

There is also a River-maid called Willowsong at the Silverwell just south-east of Staddle, in Bree-land. To the folk of Staddle she is known as a wise woman skilled in any kind of herbalism.

The mysterious Gwindeth, the Blue Lady of Lake Evendim, may be a form of River-maid or a lake-spirit equivalent.

In the Vales of Anduin, the River-maid Gultháva keeps the Gladden River and the nearby swampland, where Isildur and the One Ring were lost in the second year of the Third Age.

When Minas Ithil was still under Gondor's rule and the Morgulduin was still known as the Ithilduin, Rauniel was its keeper. 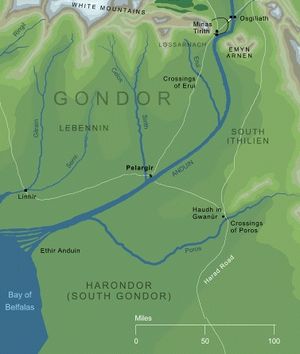 The rivers of Gondor

In Central Gondor and Eastern Gondor, there are The Five Sisters, spirits of the five rivers there:

The River Gilrain is the river flowing south into Linhir in Lower Lebennin, Central Gondor.

The River Serni flows south from the mountains to the east of Ost Anglebed where it turns to the west, south of that settlement and continues on to Linhir in Lower Lebennin, Central Gondor.

The River Sirith is the river flowing south from Tumladen, joining with the Celos just north of Pelargir enroute to the Anduin. 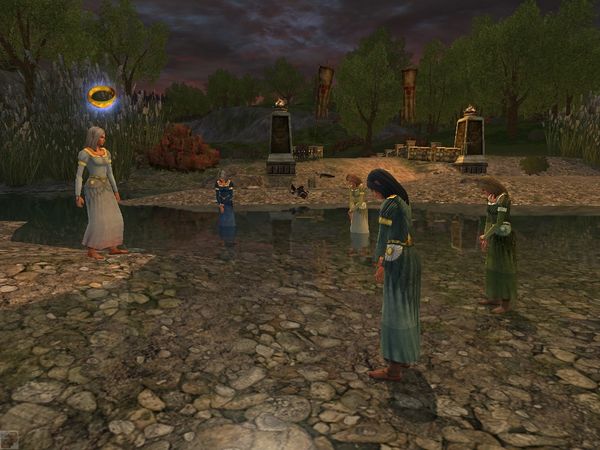 Goldberry is the only River-maid who appears in the works of J.R.R. Tolkien. However, the existence of her mother, the River-woman, points to the possibility of other river-spirits in Middle-earth.