Middle-earth is a large continent, a mass of land that occupies the central regions of Arda. The world of Arda was created by J. R. R. Tolkien where the stories of both The Hobbit and The Lord of the Rings take place and where we adventure within the game of Lord of the Rings Online. 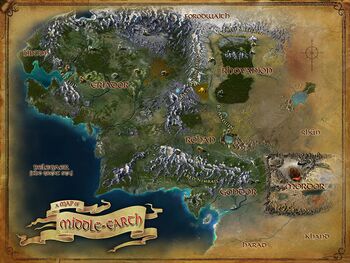 Starter Areas are special introduction Instances of their counterparts in the realm of Middle-earth. They are intended to introduce new players to the game and teach them how to interact with the environment as well as the UI.

Archival Geography include all places on the map found within the game that are of interest, as the boundaries and borders known as Locations, Interiors, or as Instances. It's a fancy name for what most players refer to as Locations on the Middle-earth Map (see map).

There are several types of locations found in Middle-earth and for the purpose of Lotro-Wiki they are as follows:

Maps (keybind M) have many functions other than showing where a character is in the continent of Middle-earth. These notable places and services are listed in a drop-down box and can be turned on or off to view what you are looking for. All locations on the map can also show coordinates to know exactly where something is.

Throughout Middle-earth you will find many different types of enemies, ranging the gamut from humans to creatures and even monsters.

A full listing of creatures organized by area can be found at the Creature locations page.

For those who adventure and live within the world of Lord of the Rings Online, Quests are an essential part of levelling as well as what keeps us interested. The Epic story-line follows the "fellowship" throughout the story and in our own special way help behind the scenes. This aspect is what makes this game unique to those who love the Lord of the Rings.

For more detail, see Quests and Zones by level

An Instance is a separate copy of a building's interior, a dungeon, or some piece of the game's landscape. Instances are created when certain quests are activated or players pass through an instance portal, and allow an individual, Fellowship or Raid to participate in a private adventure. Generally, instances can only be entered by the individual or group that triggered them, and no outside help can be rendered to those within an instance by other adventurers.

"Middle-earth" is a literal translation of the Old English term Middangeard, referring to this world, the habitable lands of men. Tolkien translated "Middle-earth" as Endor (or sometimes Endóre) and Ennor in the Elvish languages Quenya and Sindarin, respectively. The north of Endor became the Eurasian land-mass after the primitive Earth was transformed into the round world of today. (Source: lotr.wikia.com) 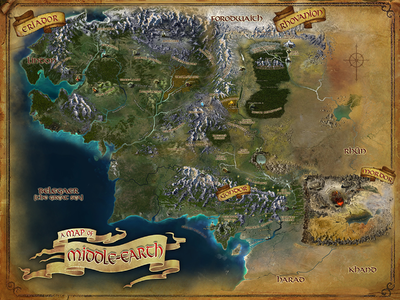 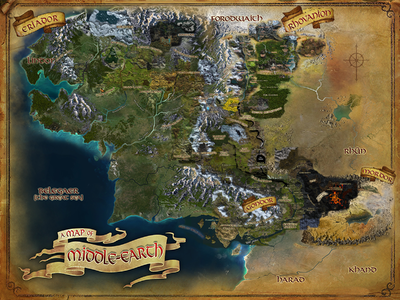 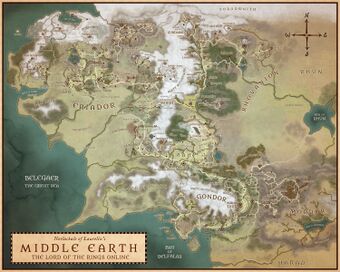 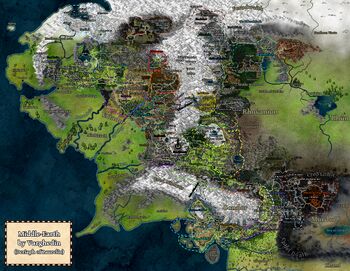