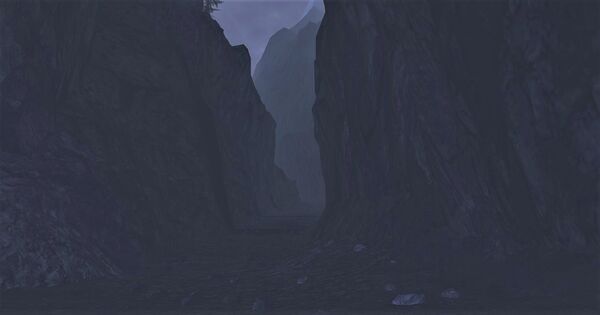 Falch Gurth, the Deathly Cleft, was a secret path leading back into the southern Ephel Dúath. It was hewn by the Nazgûl when they first conquered Minas Ithil during the Second Age, and hidden by concealing spells that could not be broken while Sauron survived. It was visible only to the Dark Lord and his servants, but now, with its master defeated, it is revealed to all as the passage to the long-hidden gorge of Thuringwath.

Falch Gurth is a long, narrow pass shrouded in shadows that limit visibility. It has only been revealed in the aftermath of Sauron's defeat. Ugrukhôr's forces are noted to be searching for a way to break the lingering enchantments that guard the pass to reveal the secrets within.

These deeds can be advanced by visiting Falch Gurth.