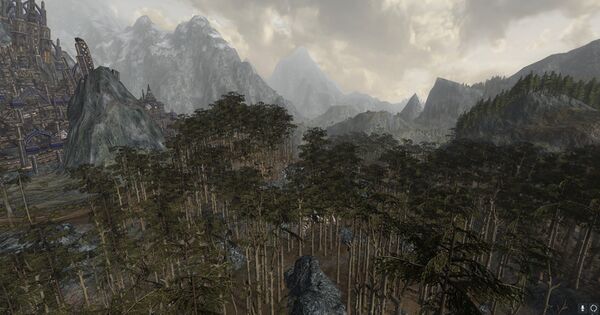 Ered Mithrin and Withered Heath is a region found within the land of Rhovanion.

Ered Mithrin (Sindarin for Grey Mountains) is a large mountain range to the north of Rhovanion. Their western end connected to the Misty Mountains at of Mount Gundabad, an ancient Dwarven holy site and later the capital for the Orcs of the north.

Locations found within the region of Ered Mithrin and Withered Heath are listed below. 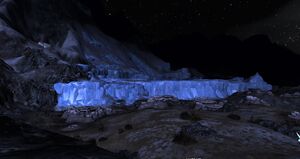 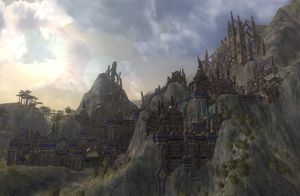 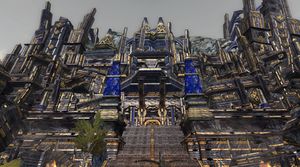 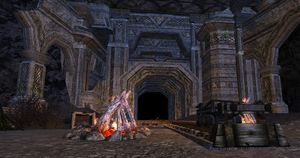 Resource Instance deeds are located in the Ered Mithrin and Withered Heath tab, under Rhovanion in the Deed Log.

For all titles obtainable for this region, see

Also known as the Grey Mountains. Mount Gundabad is the chief of Grey Mountains, from there came Durin the Deathless, first Father of the Dwarves. Dwarves returned to the Mountains after the Dragons perished.

A northern range of Middle-earth, running west to east and forming the likely northern border of the region of Rhovanion. They were long mined by the Dwarves, who were driven from them in the late Third Age by Cold-drakes from the north, and were later colonized by Orcs.

The Grey Mountains were once part of the dwarf-kingdom of Grárik, the Grey Realm, around 2200 of the Third Age, following the fall of Khazad-dûm. [2] Built to great heights by King Thorin I of the Longbeards, the wealth of Grárik drew the attention of the great Dragons of the northern wastes beyond their breeding-grounds at the Withered Heath. In 2589 of the Third Age, after years of battle against the drakes, King Dáin I and his son Frór were slain with many of their kin in the feast-hall of the Steel Keep, ambushed by Vethúg Wintermind. [3] Vethúg claimed Thikil-gundu for his own, and remained there with his brood and his mate, Athramóth, until Karazgar returned to the north to stir trouble following the downfall of Sauron.

Though the heart of Grárik was at Thikil-gundu, the Steel Keep in the time of the Longbeards, the Steel Keep, along with several other delvings in the mountains, was first excavated by the Zhélruka dwarves. [4] Offered a home in Gundabad by Durin II after their own holds were destroyed at the end of the First Age, the Zhélruka vanished in the Grey Mountains before arriving. A single survivor appeared only after multiple centuries, claiming that the Zhélruka had delved a magnificent citadel, Thafar-gathol, in the mountains. None who have sought the Grey Citadel in the Age and more since have found it, but the Zhélruka maintain their claim to the Grey Mountains and to holds like Thikil-gundu, founded by the Zhélruka and only built on by the Longbeards in the Third Age. [5] 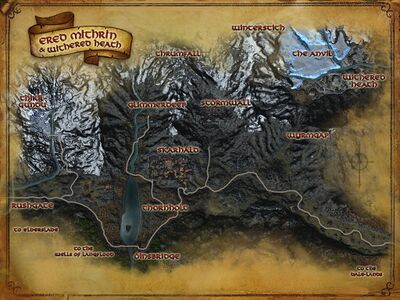 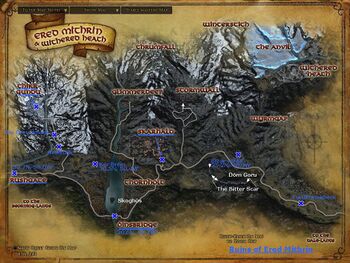 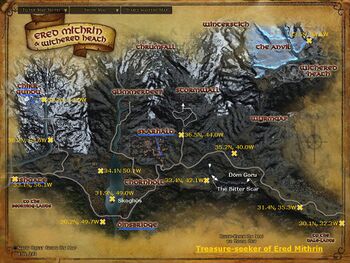 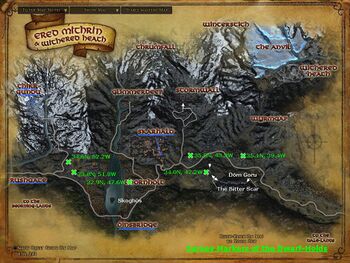