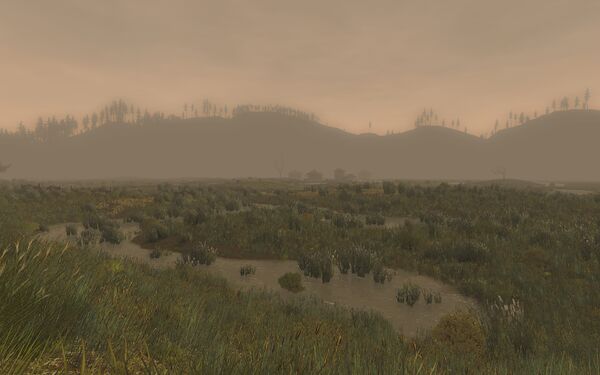 The northern border of Dunland was marked by the Glanduin (Border River), also known in its lower reaches as the Swanfleet. This river runs swiftly in its upper courses, before dropping over a set of falls down into the lowlands. Beyond this point the river flows sluggishly, creating a fenland, a network of pools and islets inhabited by swans and many other water birds.

Dunbog is an area of swamps and marshes, home to the Avanc-lûth.

These landmarks are located within Dunland:

Most services are available in Lhan Rhos. 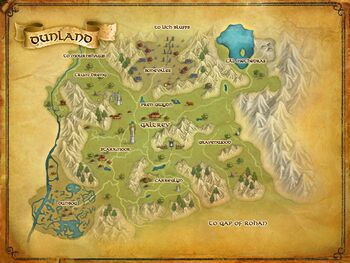 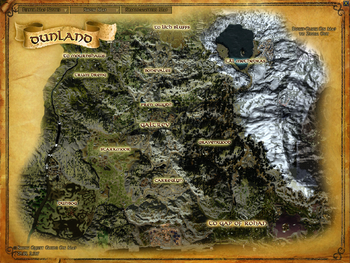 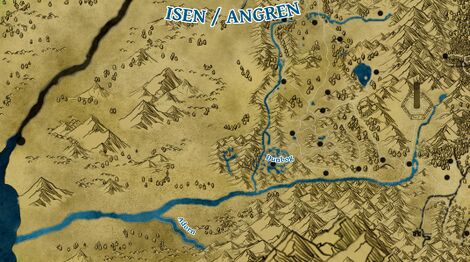 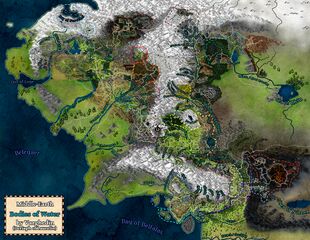