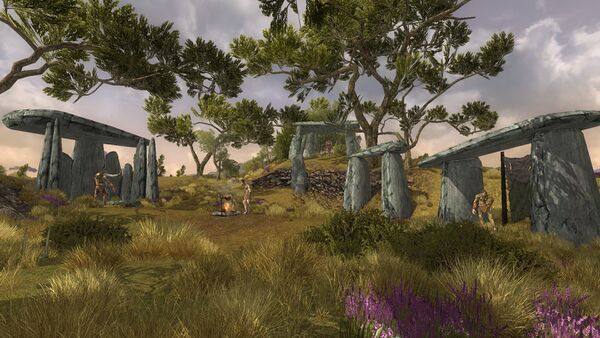 This camp is found in the south-western section of Talath Gaun, east of Ost Cyrn. Tornstones is a circle of large stones erected long ago by the stone folk of the plains. Now some giant Earth-kin have taken refuge from the evilness smiting their homes ... are they a potential ally in the fight against the Enemy?