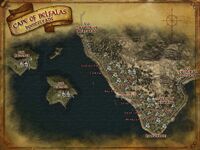 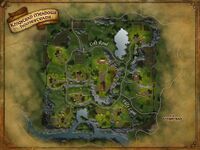 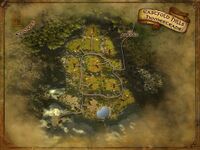 You may own as many individual Premium Houses as you want and also keep your standard Personal House.
If you abandon a Premium House, you will receive Housing Writs back, regardless of whether you purchased the house with writs or coins. (You receive approximately 90% of the value of the house in writs.)

Note however, Kinships are limited to one Kin-house, either Premium or Standard.

Need to get away from all the war and darkness of recent events in Middle Earth?
Visit the scenic Cape of Belfalas for a breath of fresh sea air - and the most stately, well-appointed housing for sale to adventurers of all stripes.

The Kingstead Meadows Homesteads contain player housing which evokes living on the grassy plains and farmlands of West Rohan. The homesteads are located north of Meduseld on the north side of the river River Snowbourn. There are two exits from the neighbourhood, north and south-east.

The Abodes of Erebor

Smaug's treasure hoards have been opened. The dwarves of Erebor have reclaimed it and opened housing in the Great Hall under the Mountain.

This massive multi-leveled homestead area is located within Erebor - many tiers of green granite stone with gold inlay, complete with elevators, and swimming pools full of gold coin to swim in.