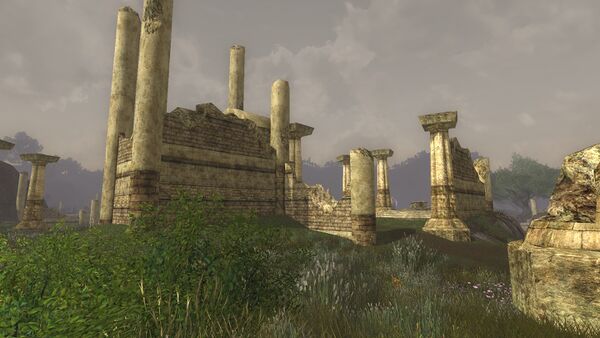 This place is located in the south of Harloeg, east of Nindor. Once a fortress of nobles, a watch-post against the Enemy, it now stands in a wild land long since fallen to ruins. However, here some people have set camp: one is researching the stones for clues on the past and what caused this wasteland; another is inventing ... ahem ... exotic food dishes out of the need; and during festivals an odd soul has put himself in quite a pickle here. 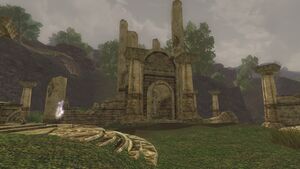 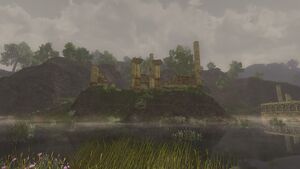 View of Ost Haer from the north

These deeds can be advanced by visiting Ost Haer:

Ost Haer was a fortress of Arthedain set against the might of Rhudaur's Garth Agarwen in ancient days, now fallen into ruin and decay, home to the shades of Oath-breakers sworn to defeat the Red-maid of Agamaur. — Deed