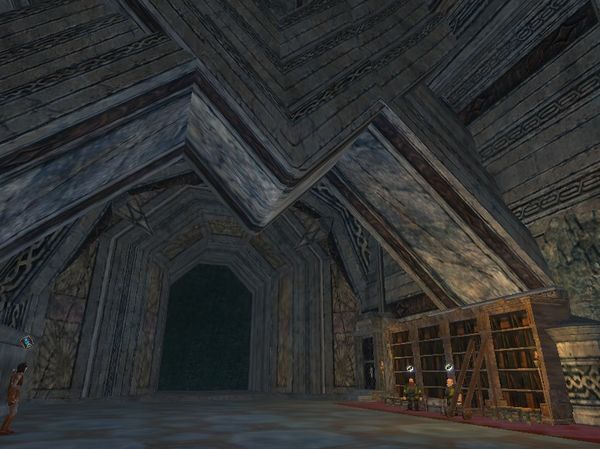 It is a small chamber on the winding route between the Chamber of the Crossroads and the Twenty-first Hall. It is the site of two Crafting Instances (CI), Mekeb-faham and Mekeb-farak, containing Tier 6 Scholar resources. The six associated quests are "dailies," i.e. they can each be completed once every 24 hours.

Resource nodes which can be harvested inside may include:

When you enter each CI, you'll get a message that says the instance will reset in so many days/hrs/min, which happens twice a week. These timers have nothing to do with the quests, but everything to do with the resource nodes. The nodes only reset when the instances do, but you can still re-run the CIs the next day and complete the quests again, but the nodes won't be there whether you harvest them or not. So if you run the instances and don't harvest the nodes and then leave, when you return the next day the nodes will have de-spawned and you have to wait until it resets before they will appear again