This page is about the area in Eastern Gondor. For the area in Central Gondor, see Lebennin. 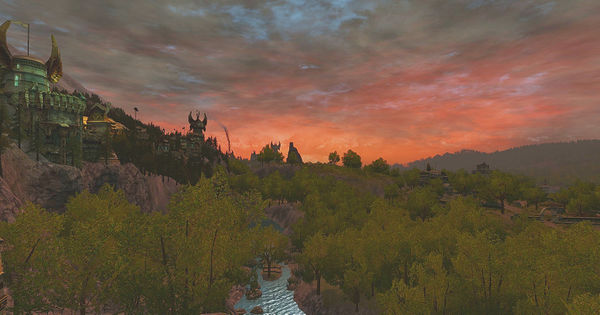 Upper Lebennin is an area within the region of Eastern Gondor. It is the eastern part of the fiefdom of Lebennin (Lower Lebennin being the western part).

These landmarks are located within Upper Lebennin:

Defend refugees from Minas Tirith who have taken shelter from the encroaching army. Can you protect them from the forces of Mordor while still keeping Aragorn's approach a secret from Sauron and his spies?
Spanning the rolling fields that run between the rivers Sirith and Erui, Upper Lebennin is a land still mostly unscarred by the wars that have ravaged the surrounding provinces. For this reason, many folk have traveled west from the great citadel of Minas Tirith to take refuge in the fortified mountain-vale of Tumladen. Meanwhile, dark rumours are spreading that something fell lurks at the Crossings of Erui, where long ago Castamir the Usurper met his end. 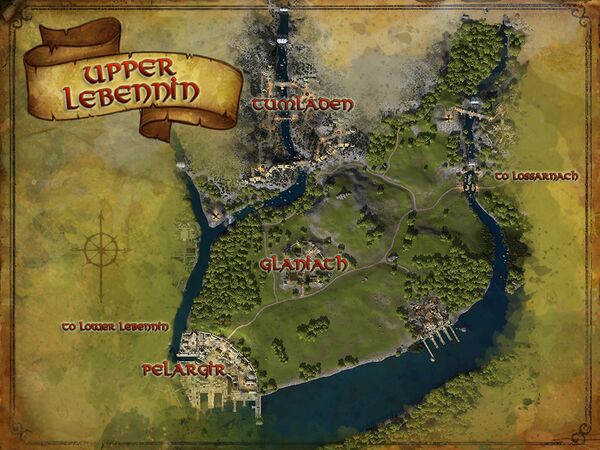