The Fords of Isen 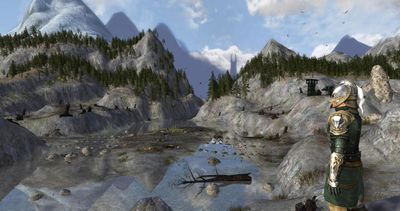 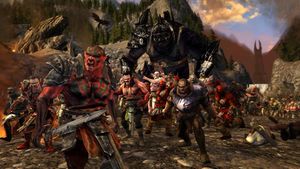 The Fords have fallen

The Fords of Isen is a landmark within Westfold in West Rohan. [54.3S, 90.2W] The River Isen marks the boundary between The Gap of Rohan and the Westfold of West Rohan.

The Men of Rohan have long guarded the Fords of Isen to keep the Dunlendings away. After the defeat of Théodred's forces, Uruk-hai from Isengard took control of the crossing. Grimbold's Camp and the surrounding areas lie in flames following Saruman's attack on the Ford. Dunlendings loot the bodies of the fallen Rohirrim in the shadow of the Cairn raised to honour those who fell along with Prince Théodred. The Armies of Isengard have marched south to besiege the mighty keep of Helm's Deep.