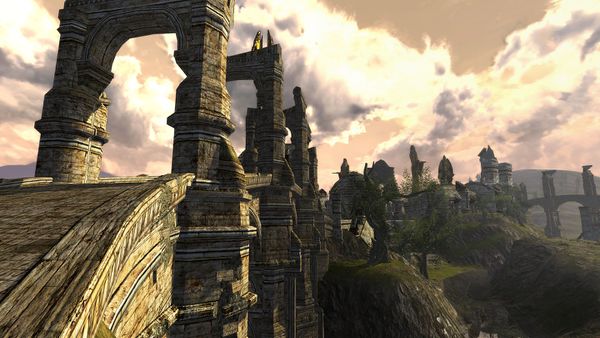 Parth Celebrant is an area within the Great River region in Rohan.

The ruins of an ancient Gondorian keep, where brave soldiers once kept watch, stand at the southern edge of Parth Celebrant, overlooking the green plains.

These landmarks are located within Parth Celebrant:

The site of the fiercest fighting during the Battle of the Fields of Celebrant, Parth Celebrant is also the site of a terrible betrayal. Gondorian soldiers allowed their fortress to fall to the enemy in exchange for safety and eastern riches, condemning their countrymen to death.