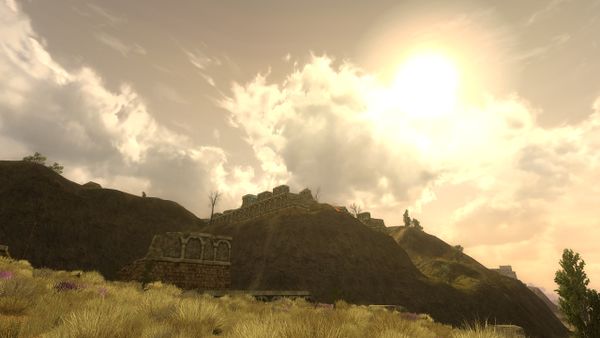 Just east of the Lornspan in the southern ridges of Nain Enidh lies this once proud fortress. Its name, Mithrenost (Sindarin for Grey City), maybe foretold its recent state, overrun and defiled. Now it is a stronghold for the Dourhands with several rooms and levels, a challenge for the lonely warrior. Even worse, closer to the Overseer several totems plant Dread on the warrior. 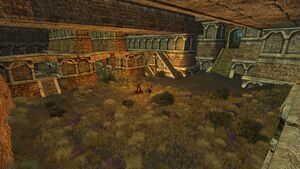 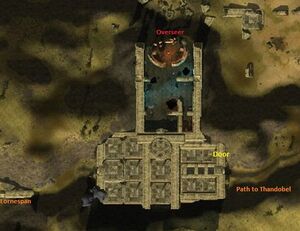 These deeds can be advanced by exploring Mithrenost:

Mithrenost was once one of the strongest fortresses of the North Kingdom in days past. Now it is naught but a hiding hole for dwarf-brigands in the service of Skorgrím Dourhand. — Deed