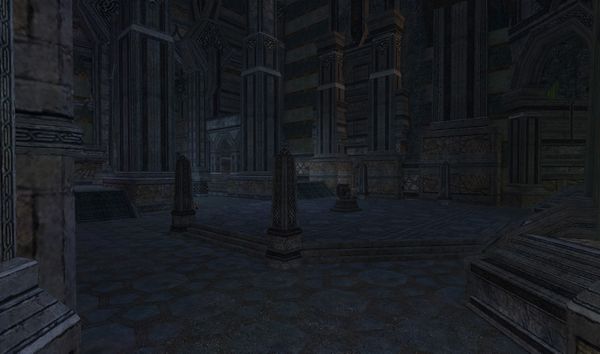 The shattered statue of Helgi Goblinbane stands in the centre of this hall, and can be reassembled as part of a quest chain begun by Uxi. The Chamber of the Crossroads is to the north. There are two entrances: in the west is access to the Great Delving, and to the south-east is a gateway to Jundulbâb and the Twenty-first Hall beyond. Both entrances also lead to the rest of Durin's Way to the north.