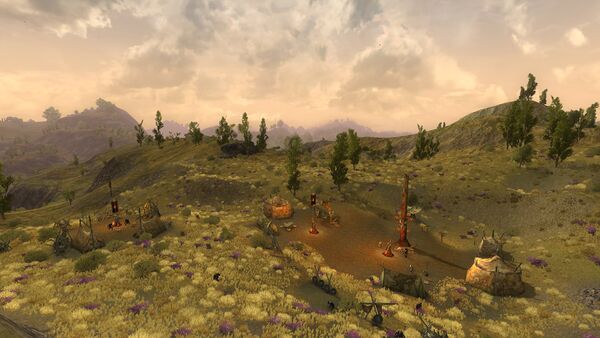 These orc camps lie centrally in the Weather Hills, west of Weathertop and next to Candaith's Encampment with just a sheltering ridge in between. The location is formed by smaller White Hand camps controlling this section. 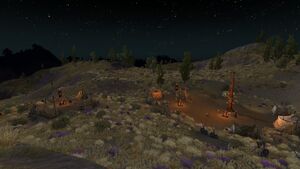 These deeds can be advanced by exploring Glumhallow:

In the northern reaches of the Weather Hills lies Glumhallow, an ancient way-station. Orcs have made the place their residence, where they plot the invasion of Eriador. — Deed