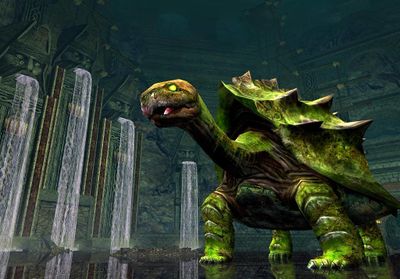 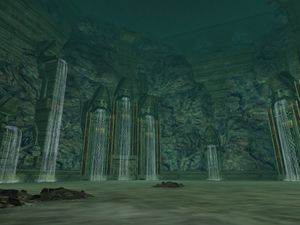 This is the location for a 12-man Raid Instance, behind a door at Gabil-munz in the Water-works and is usually colloquially referred to as the Turtle instance, or simply Turtle. It was one of the main sources of Bright Emblems of Nimrodel, being one of the easier ways to obtain the Emblems. However, as of Update 31, Bright Emblems of Nimrodel have been made obsolete.

This fight primarily boils down to two factors:

Although raids have downed Nornúan with different class makeups, an ideal on-level group would include:

Nornúan is wandering around inside the lair. When he is aggroed, the gate to his room will close, so make sure everyone is inside before engaging the boss.

During the fight, there are two important considerations.

Begin the encounter by having the tank run in first, followed closely by the rest of the raid before the door closes.

Once Nornúan falls roughly below 50% morale, the Gushing Wound on the rest of the raid will start to become difficult to heal through.

Towards the end of the fight when he gets below 25% morale, many players will be running out of power, which is why it is important to use power pots.

Everyone should be prepared to pop all of their cooldowns once he gets very low. However, using the strategy and class-makeup with well-equipped players should result in an easy victory.

It should be noted that now that most people run this with level-capped players. All you really need is a healer and a large amount of DPS. A tank is useful, but a Captain or a Champion can tank this if no Guardians or Wardens are available. The fight usually lasts about 4 minutes or less meaning that power conservation is not terribly relevant. Rune-keepers are more useful then Minstrels in this raid because many times their runestone is enough to overcome the DoT.

The following items no longer drop from Nornúan:

Hasta went forward to discover the meanings of the Strange Happenings which occurred but weeks before. He has not returned, and his companions are becoming worried that something may have happened to him... 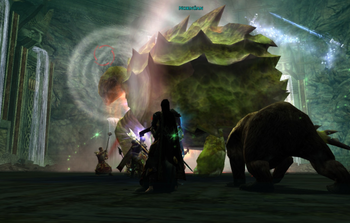 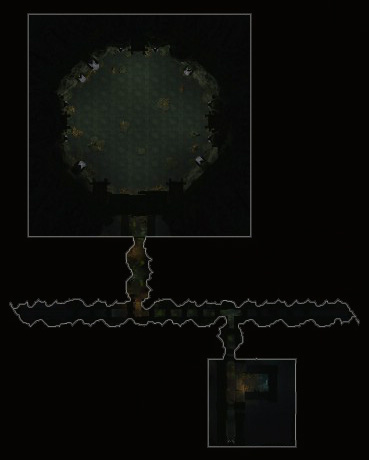